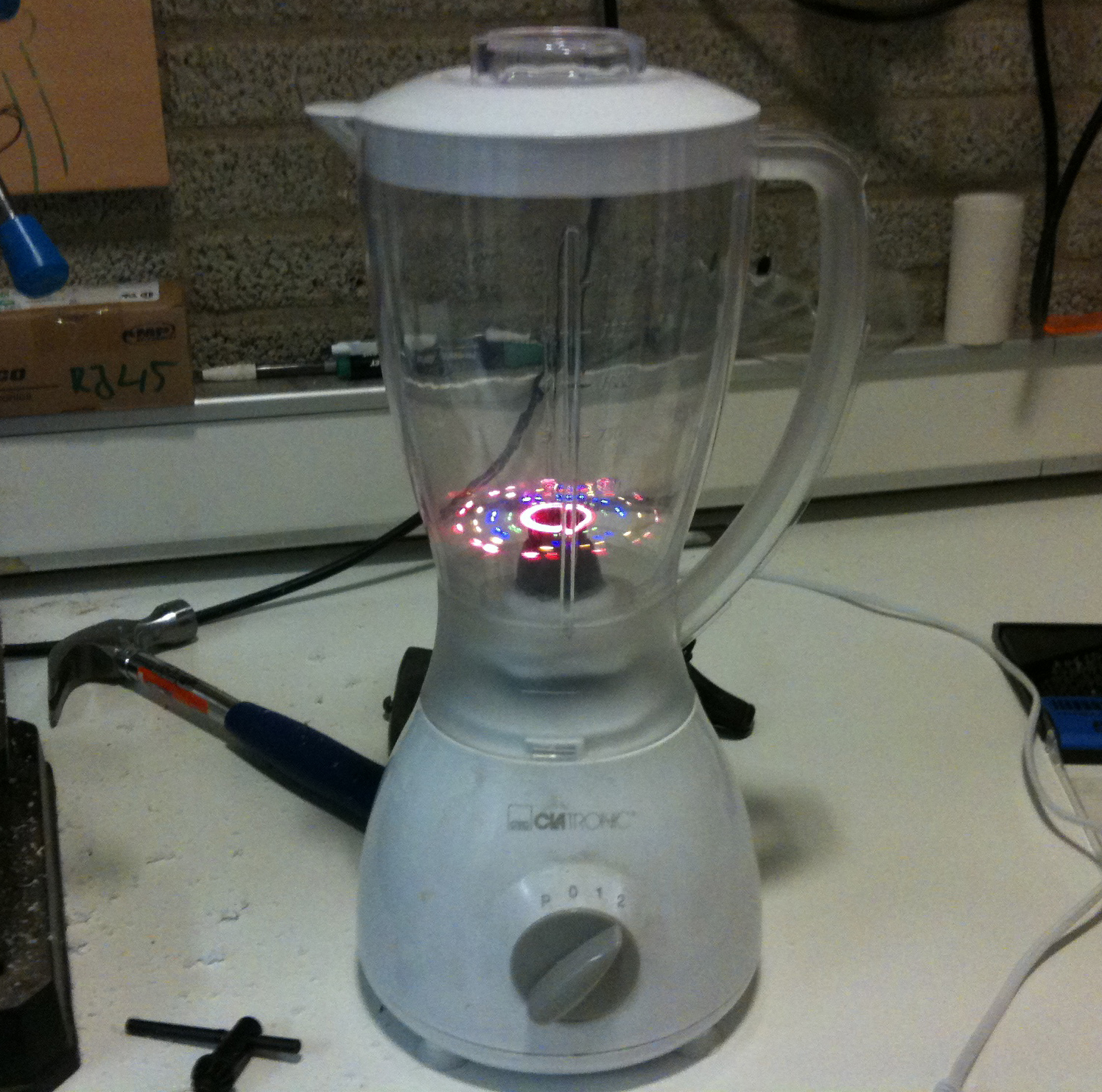 Now that I had enough room in the blender for the fan I took apart its casing for a test fit. Perfect! With a little help from Bugblue I figured out which wire should go where so that I could start the fan with the original switch in the blender. I also soldered in some connectors so that I could power the device with a battery that we had in the hackerspace's stash.

Another test, and, unbelievably, it worked! Immediately! Somehow I managed to screw the entire bLEnDer together while giggling like a little child. Now all that was left was to take some "Finished!" pics and a short video...