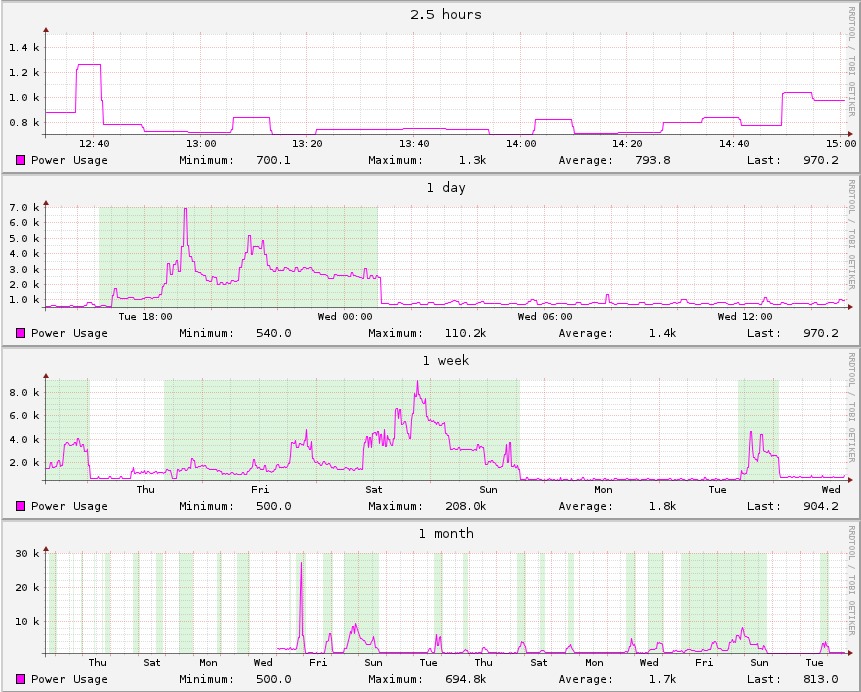 However we want to have very detailed information at our fingertips (somebody already lost a lot of data in the past).

Meanwhile it also collects temperature measurements which get stored every second, this means there is a very little shell script that does the trick: