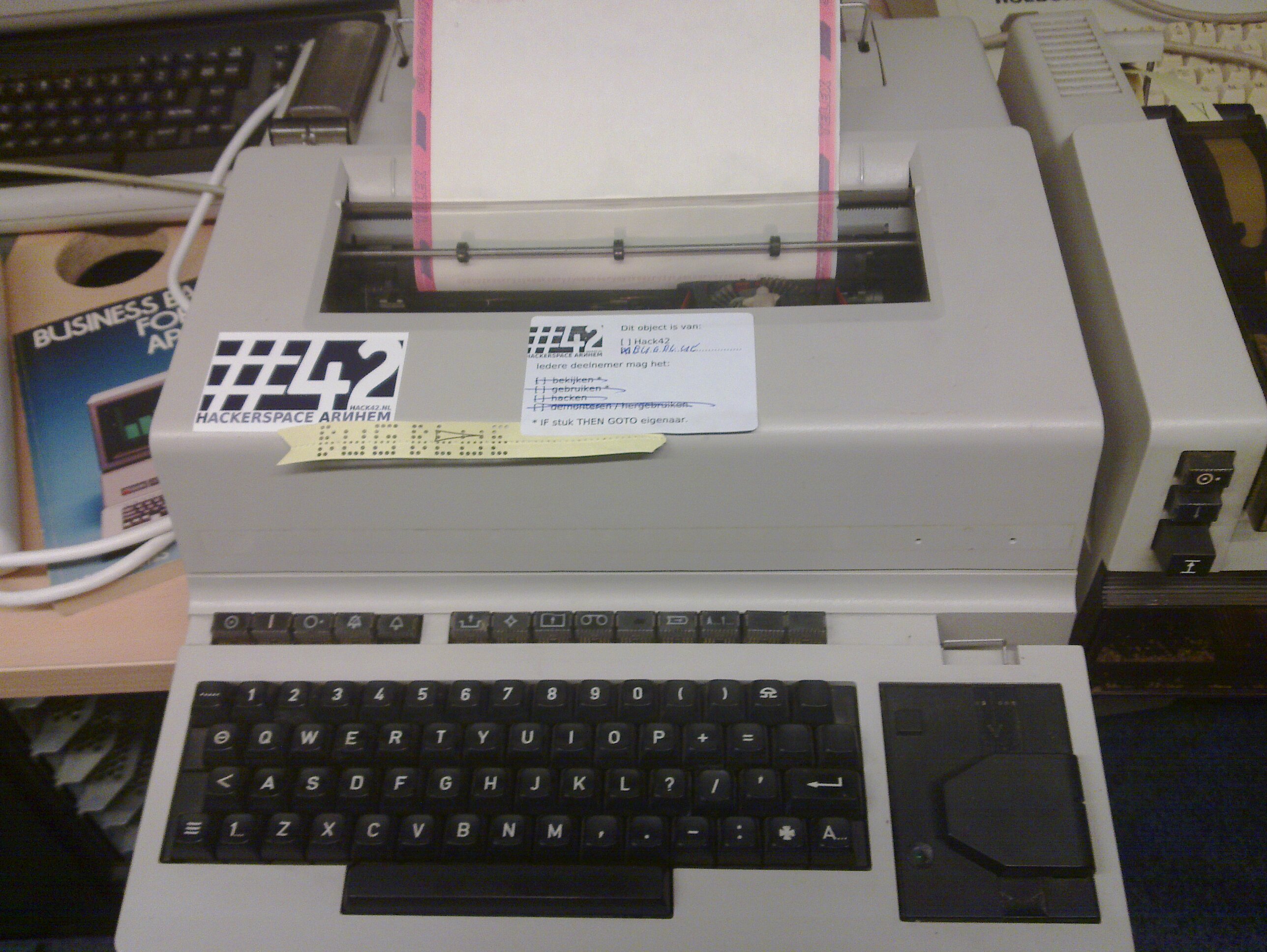 Twittering is cool, Retro™ hardware is cool and so RetroTwittering obviously is cool². Which is why BugBlue decided to hook our Siemens T-1000 Fernschreiber (telex) up to the internetz. All it required was some signal conversion electronics, python coding and some deep knowledge of ancient protocols.

We've written down the building steps for those who wish to read the #42 RetroTweets the way they are intended.

We just happened to have a late 1970's model telex standing around doing nothing but being pretty, well sort of. Since we started working on it we've seen a number of such machines on Ebay. These are pretty hefty machines though, you might want to look somewhere close enough to pick it up. 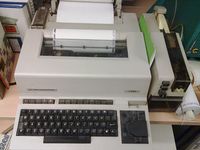 Step 2: Test if it works

Check if all the keys work and behave like they should. Also test the internal interfaces, the punch tape writer, punch tape reader etc etc etc. 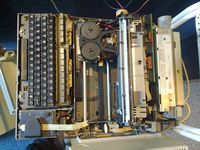 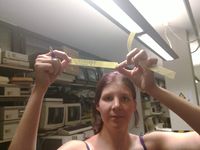 The telex interface is based on the current loop principle at a speed of approx. 50 baud. To communicate over a serial line to a modern day computer we need some electronics to generate the current loop and read the return signals. We opted for a USB-to-Serial adapter but, as this does not offer speeds as low as 50 baud, the control signals are used instead of the TX and RX pins.

For this step you need some knowledge about electronics, optocouplers, voltages, power supplies, resistors and more stuff BugBlue did not know about. 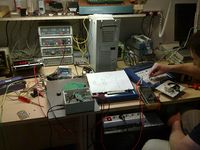 However some smarter people do know this stuff.

Step 4: Build a nice box to house the electronics

Since having 230Volt open on the table is not really on everyones wishlist some housing is a big +1, an amp meter was thrown in for authentic looks. 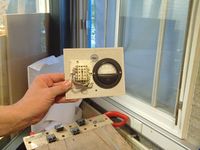 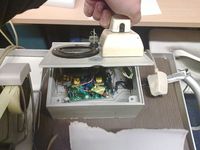 The result of eightdots work

With TX and RX out of the picture some code is needed to do bitbanging magic. The code is written in python, for no other reason than pySerial being the first hit on Google for "serial set dsr". A bit of insight in the timings (50 baud, 1 bit is 20ms) and some coding skills do work very well. 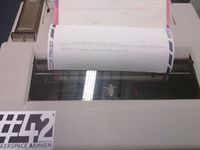 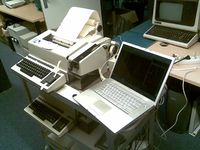 Tweeting pictures is a lame hack, but the code wasn't ready yet. Link to real tweets.

Step 7: Finish and polish it

This needs to be done.

A schematic would be nice

Here is a nice schematic - hope we don't blow components.

This schematic does connect the ground from serial to the ground from the external 5V power supply. This does violate standards, however the RS232 standard is also violated in the software, see below. this is not a problem, as long as the 5V supply isn't connected to anything else.

Simple explanation about this schematic:

The ampere and volt meter are only there for the authentic old-look. It's nice to be able to see what data we transmit.

Total standards violations: 7 with only 5 RS232 pins used, who needs TX or RX?