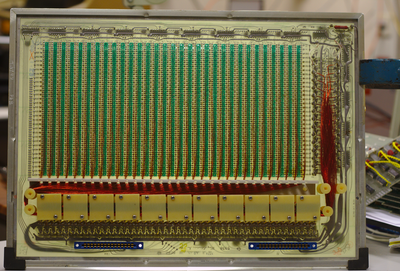 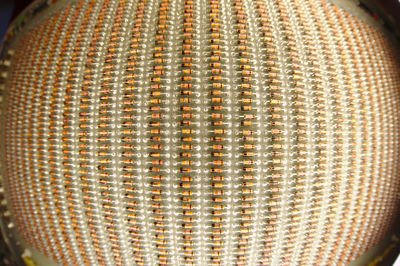 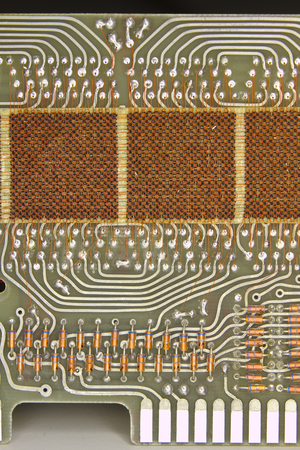 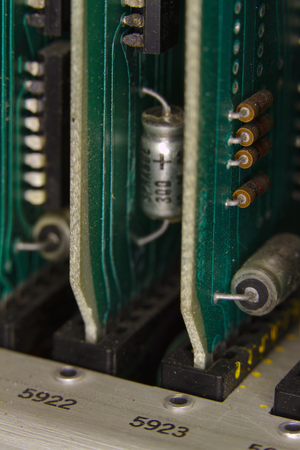 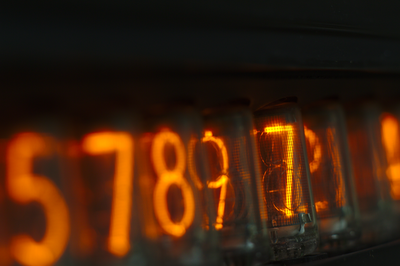 The Wang 700 Advanced Programmable Calculator uses "Register Notation" to perform operations. This differs from most modern calculators which use Reverse-Polish Notation (RPN) or Algebraic Notation. All operations on the Wang 700 perform either on the display or between the display and a register. 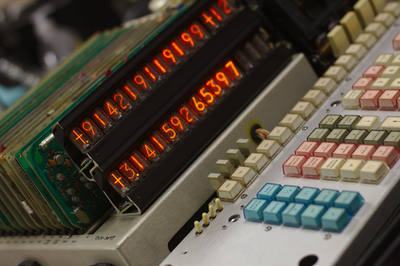 One of the more noticeable features of the calculator is the two display registers, "X" and "Y". The "X" display is the main display, where numbers are entered and (normally) recalled. The "Y" register is used as the target for arithmetic operations and as the register number for indirect operations. Both registers are also used as parameters for certain other functions, such as plotting output.

The main number-entry keypad is located right-center. It also include arithmetic operations using the "X" display targeting the "Y" display. In addition, square and square-root functions on the "X" display are located there.

Located left-center are keys for operations on the register (direct and indirect) functions and a few miscellaneous functions. Numbers are moved between the "X" and "Y" displays using the "↑" (copy X to Y), "↓" (copy Y to X), and "↑↓" (exchange X and Y) keys.

Located far-left are some scientific functions and special keys for printing.

Located far-right are programming functions keys, some I/O functions, and special program manipulation keys. Most important is the PRIME key, which is a general calculator reset function. This restores the calculator to a known state, clears the X and Y registers, but does not clear the general registers.

Here is an example of performing the arithmetic operation "5 + 6".

Note, when performing arithmetic operations, the "X" register is the source operand and is not altered by the operation. Only the target register contains the result. An exception to this are the unary operations, such as square root, which operate only on the X register and produce the result in (overwriting) the X register."