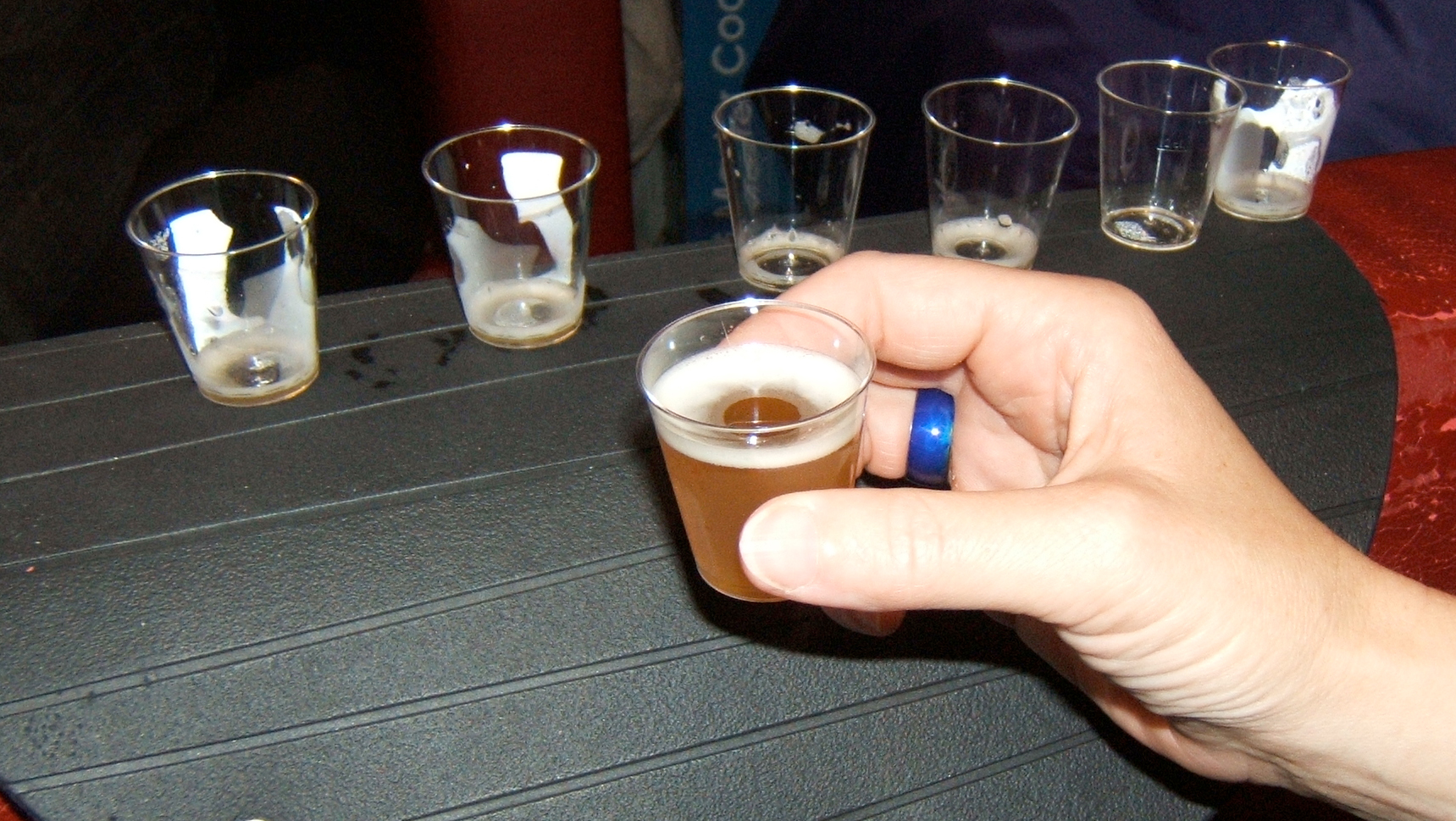 My goal is to develop a recipe for an enjoyable Mate-based soda. If eventually found to be good (enough), we might decide to drink our own Mate instead of buying Club-Mate. Whether we do this or not, it is always possible to brew a batch for a party or large event. Who would say no to a keg of home-brew Mate?

In this iteration I tried to find out a basic recipe that works, or points towards the right direction. I brewed six different bottles of Mate-soda, based on recipes I found. The plan was to make three basic recipes twice and brew the Mate for either five or seven minutes, resulting in six different batches. The three basic methods were:

This last method is based on the traditional preparation of yerba mate tea. All recipes were cooled to serving temperature and then carbonated with a SodaClub machine. I gathered a taste panel during one of our meets for a "blind" (they didn't know the recipes) tasting of the several batches I brewed. Of course, I also gave them a glass of the original Club-Mate (some people didn't like Club-Mate as much as Club-Mate...). They kindly gave their feedback, a summary of which can be found below the recipes.

Note: All degrees(°) are in centigrade.

The question is no longer accepting responses. It was available here.

The Dutch results are here. (Summary: Version 3&6 were most popular)
I have not yet seen anybody use the recipes in version 3 & 6 to make a Mate-soda. So for me it was an exciting result, that these turned out to be the better tasting ones. I decided after the tasting to work on these two recipes in the future.

The second question form voor Hack42-Mate can be found here.

The second set of (Dutch) results are here.

This time I discovered that making a syrup is easy. You then add this syrup to cold and carbonated water: instant Mate soda!

While researching I found some recipes of others trying to brew, or brewing, their own Mate soda. I collected those recipes on this page.

I decided to take a sidestep from making Hack42-Mate. I wondered if it would be possible to make an alcoholic version of my Mate recipe. The most natural way seemed to be a mead. The recipe was based on mead recipes I found here and on the two best Mate recipes (3 & 6) from the First Iteration.
For better readability of this page the process and result of my Mate mead can be found here.